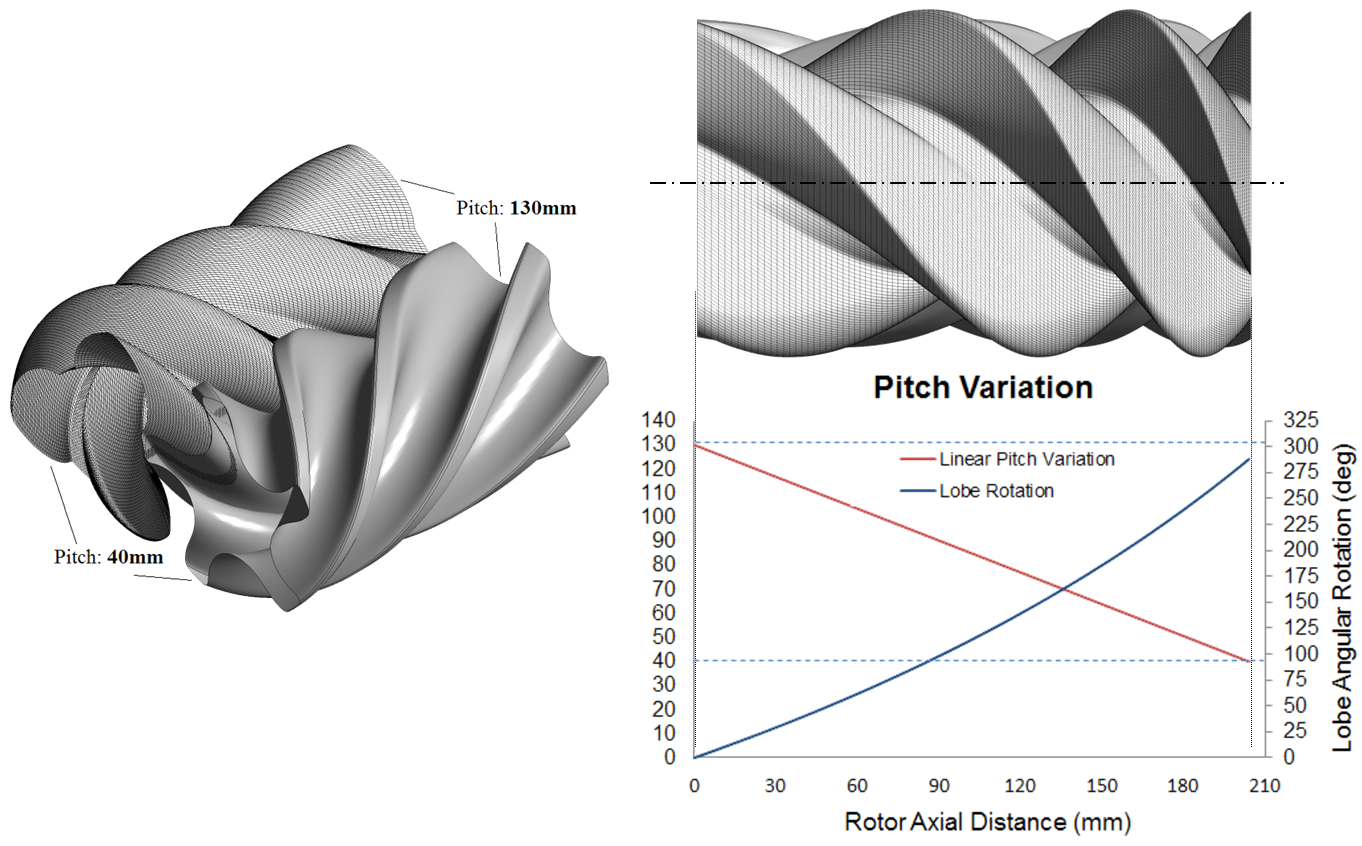 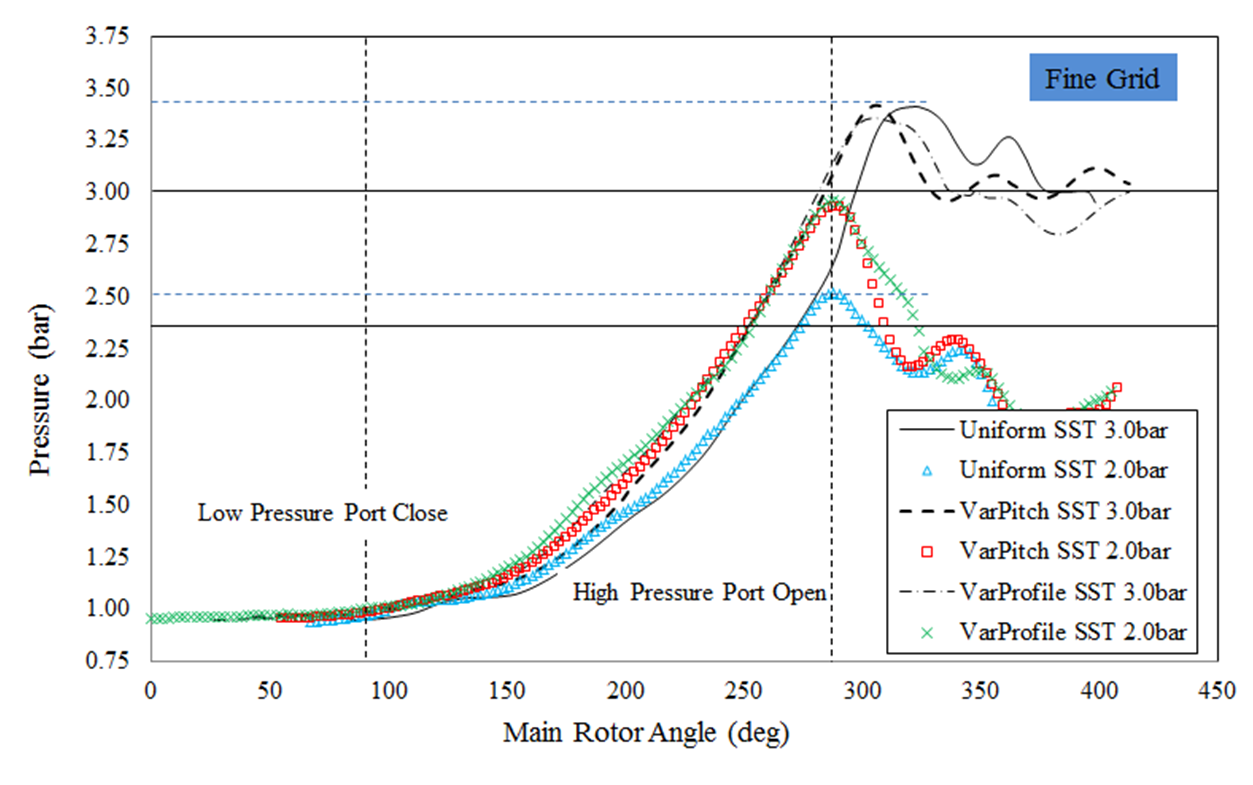 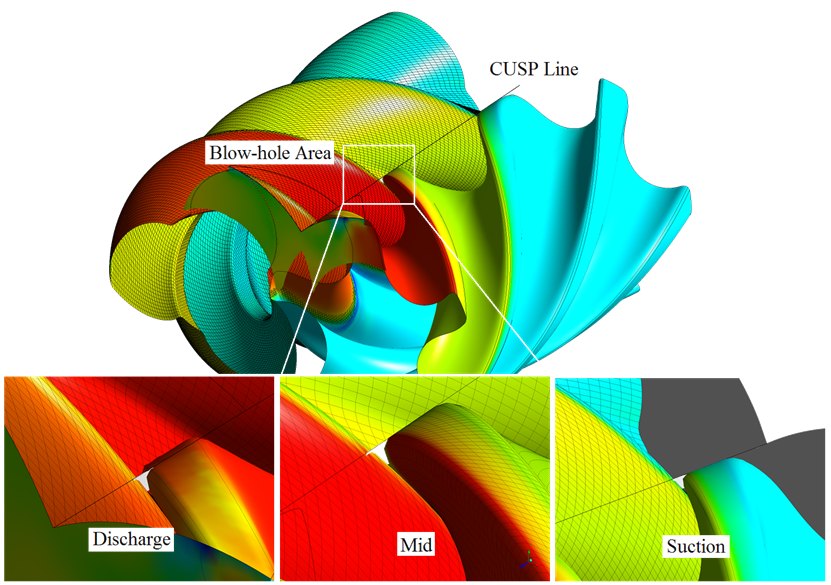 Twin screw compressors for air compression and refrigeration have been used since late 1950’s. The efforts of designers in all these years focused on optimization of rotor profiles keeping the uniform rotor lead mostly due to manufacturing constraints. However it is well known that by varying the pitch and/or cross section profile the performance of a compressor could be improved. Variable lead rotors have been extensively used in vacuum pumps and more recently in multiphase pumps and have proven beneficial although difficult to make.

This example shows use of SCORGTM to generate numerical mesh for three different screw compressors:

The main advantages of varying the lead on screw rotors are:

More information about grid generation of variable geometry rotors could be found in the following publications: